Celebrating 50 years of serving up pizzas and a whole lot more!

Welcome to Me-n-Ed's Pizza Parlors! Please click on one of our restaurant locations below for the restaurant menu and information.

Celebrating 50 years of serving up pizzas and a whole lot more!

When does a pizza joint become a community institution? Simple - when you treat your customers right and provide some of the best food around. That’s the recipe for success Me-n-Ed’s Pizza Parlors has been serving up since opening the doors in Burnaby back in 1969.

Today, there are three other locations - Coquitlam, Port Coquitlam and Langley - where the commitment carries on the same way it started out 50 years ago. “We love what we do, and that’s caring for our customers,” says Cris Florian, who, along with husband Richard, got involved with the business 25 years ago at the Port Coquitlam location. “Our clientele is about 95 per cent repeat customers,” Richard says. “That speaks volumes about what we do.” And what they do is serve up a host of pizzas which all come with a unique, thin and flaky crust. “We have a great product, and we take care of our customers, plain and simple,” Richard says. “That sounds like a simple formula, but it can be difficult as trends change.”

Back in 1969, Me-n-Ed’s featured live music and sing-a-longs. Later it was jukeboxes. Today, it’s a full service, family restaurant whose menu remembers the past and reflects the present. “We are always coming up with new toppings. For example, we have roasted kale on one of our pizzas,” Cris says. They also offered gluten-free products, before they became widely available. And now they are introducing Beyond Meat toppings which are derived from plant-based protein. “We serve up healthy pizzas. We slice all of our own cold cuts. The chicken we use, we roast them ourselves,” Cris says. “All of the sauces are made in house, too.”

While the main attraction at Me-n-Ed’s is the food, the sense of community found at each restaurant is what provides that special feeling. “The community is our customer base, they are everything,” Cris says. “If you support those sports teams and fundraisers, it all comes back to you.” Among the groups they have helped include the Michael J. Fox Foundation for Parkinson’s Research, as well as the Parkinson’s Society of BC, which supplies patient support. “Michael grew up in Burnaby and started eating at Me-n-Ed’s as a teenager, so when he comes into town now, he always heads in for pizza here,” Cris says. “So we wanted to support something that has so much meaning to him. And in the past 12 years we’ve raised about $300,000.” 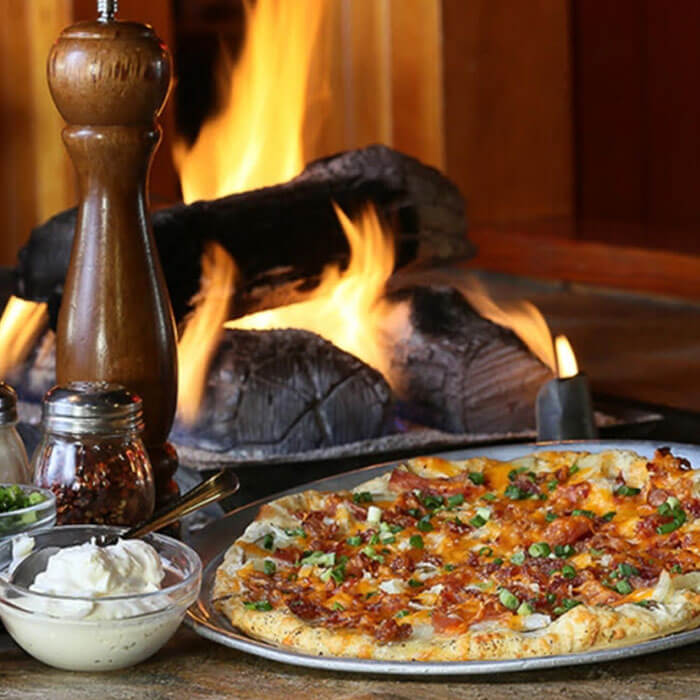